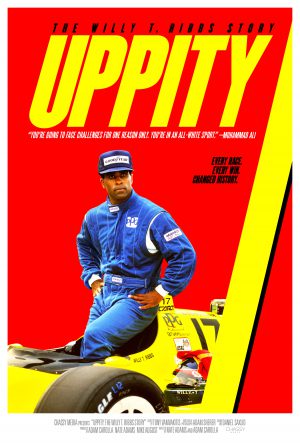 Willy T. Ribbs was the Jackie Robinson of auto racing. Despite being a Formula Ford champion in England, Willy T. had another race to win when he returned to America—the race against bigotry. Many owners, mechanics, sponsors, and drivers in the racing world derisively referred to Willy as “Uppity” behind his back; death-threats, unwarranted suspensions, and engine sabotage followed him throughout his journey in racing. Despite the setbacks, he was an amazing driver and he became one of the winningest drivers in the history of the Trans Am series. The establishment did everything in their power to keep this great driver down, based on his defiant attitude and antics. Through sheer determination, Willy shattered the color barrier in professional racing, becoming the first Black man to race in the Indy 500.